In 2015 Bill and Melinda published an annual letter.  They dont seem to have done one for 2018 yet?  In it Melinda highlighted the problem of time for women cooking with Biomass, and Bill emphasised energy.  But in one section of what he said I really didn’t agree with him……..

“Woa!  Having just published a blog on the benefits of storage as captured in the UK Smart Power report, I came across this blog from Bill Gates. 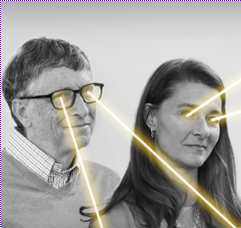 “This figure is based on the capital cost of a lithium-ion battery amortized over the useful life of the battery. For example, a battery that costs $150 per kilowatt-hour of capacity with a life cycle of 500 charges would, over its lifetime, cost $150 / 500, or $0.30 per kilowatt-hour.”   Bill.

I have two difficulties with this, one of which makes his numbers worse and one makes them better.

$150 per kWh storage capacity?  That is pretty low and is for a lead acid battery and not even a deep discharge one.  Lithium, which he was talking about in the previous paragraphs are at the moment nearer $500; although they will come down to about $200 by 2020 (as I have said ad nausea in these blogs!)

Even ten cents is a lot though.  He acknowledges that the US is around 10 cents per kWh to purchase electricity, and so for him to add another 30 cents (the result of his calculation) is a non starter, and for me I admit that even to add 10 cents is not very compelling.

Unless of course you dont have any electricity.  He is focused on the storage being for a house in a developed economy at 210 kWh per week.  But if the other option is a diesel generator, or studying by candlelight, or paying out the same amount for cooking fuel then…..ten cents is not that much extra.

My ACE paper shows how even with grid electricity and tariffs of 20 cents per unit, batteries still make economic sense to the household for cooking (in many markets and under some specific conditions).

But can I come back to his maths for a moment – well not really his maths so much as his assumptions.  I dispute his 500 cycles for a lithium Iron Phosphate battery, but now consider the up and coming Sodium batteries.  They are already at about $400 per kWh, but the manufacturers claim 10,000 cycles!  Ok, lets assume they exaggerate and its 6000 cycles, that still brings things down to $400/6000 = 6 cents per stored kWh per cycle.  And if as they say by 2020, the batteries will be down to $200 per kWh and the cycles, let say are proven to be 10000, then dude! Now we are talking 2 cents additional cost to storing the energy; enabling it to be used effectively (load smoothing grids), encouraging use of renewable energy (by smoothing out peak supply) and creating reliability at the point of use.

Since then batteries have come down as expected.  Interestingly the cycle debate has waned, because the material in the battery pack breaks down after a certain number of years, and those years are currently ahead of the cycle life.  So 8 years for a Lithium based pack is now the accepted norm, and the Faraday challenge is working on making that 15 years.  At 8 years and lets say 2 cycles a day (since the standard is now EV), then there is the 6000 cycles I was talking about above.  At 15 years we are up to twice that.

And that is for a Lithium!  Lithium battery packs are already at about $250 ex factory (2018; As I suggested above), and the target is $100.  Ok, thats ex factory and not installed, but nevertheless, it is all going in the right direction.

(Of course I am making these points really because I like the cool laser eye picture of bill and melinda and wanted to bring them to the top of the blog!  :))