As you will have read, our deep dive into each of countries identified for further study, included something we are calling cooking diaries.

The purpose of this document is to capture some of the learning gathered during implementation of the “Cooking Diaries” methodology. It is hoped that this will enable other researchers to replicate this form of data collection, processing and analysis to build a much broader evidence base on how people cook with the aim of facilitating the global transitions toward modern energy for cooking. This document our first version with the aim of working towards a global standard protocol.

To date international improved cookstove tests focus on the Water Boiling Test and the Kitchen Performance Test. Neither of these tests were designed to give key insights into ‘how’ a cook cooks, and whether, when they transition to a different fuel or appliance, their cooking practices change. Cooking is a deeply cultural experience, as the foods people cook and the practices they use to prepare them varying widely. To date studies of the ‘how’ people cook have been based on observational qualitative data. This protocol seeks to match the recording of ‘how’ people cook with quantitative measurements of energy consumption. 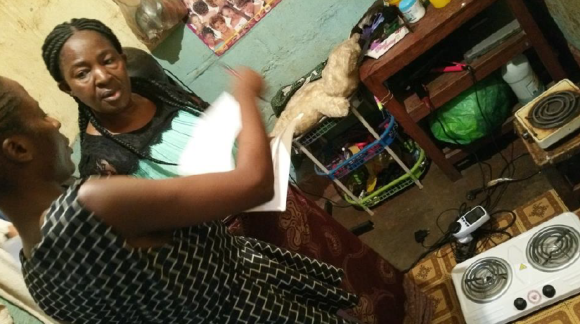 The Cooking diaries study asked 20 (urban and peri urban) households to record their cooking for six weeks.  The first 2 weeks we asked them to carry on as normal (so mainly charcoal and LPG), then the second four weeks they were given appliances and asked to transition to electricity.  This mixed methods approach gathers data from various sources:

Reports on how people got on and the energy consumed can be found in the country reports, of which only Tanzania is available at time of blog.